Retail Megatrends 2025 and the Three Fundamentals to Win 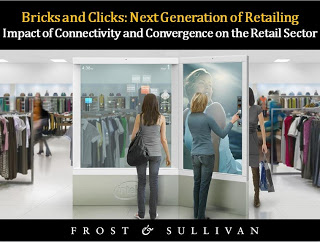 Nearly 20% of retail will happen online. In countries like the UK and USA online retail will be a quarter of the total. Everything from the product to the in-store experience will be customized and personalized as retailers increasingly offer "real time customization tools" to their customers. Multi-line retailers will reduce store size by 15%-20% and in larger formats create interactive customer experiences. Manufacturer retailers will open more "connected flagship stores" that are designed and created to support the brand image. The aim will be to make the brand stores a destination rather than a retailing zone. The gap between an order and a delivery will decrease as new services such as "same day shipping" become more affordable.

"We are witnessing the birth of a new breed of shopper. They float seamlessly across mobile, online, and real-world platforms as they

travel up and down the purchase path and in doing so, exert tremendous influence over the ways that brands may interact with them and their peer groups. The ways in which they consume information, discover goods and make purchases has forced retailers to contemplate a new mix of transactional, behavioral, and social behaviors to remain competitive." (1) – Pier Fawkes, PSFK

Finding Your Voice at Any Age

"Your time is limited, so don't waste it living someone else's life. Don't be trapped by dogma - which is living with the results of other

people's thinking. Don't let the noise of others' opinions drown out your inner voice. And most important, have the courage to follow your heart and intuition."  - Steve Jobs

According to a just published study by the Center for Economic Performance at the London School of Economics, human happiness peaks at age 23, hits its low point at

Golf and The Art of Visualization in Retail

"James Nesmeth...was an average golfer consistently shooting in the mid-90's, until he developed a unique way of improving his golf

game. It came while he spent seven years in North Vietnam as a prisoner of war. During those tortuous seven years, Nesmeth lived in a solitary confinement....To keep from losing all hope, he realized that he needed to do something to occupy his mind. So every day he played 18 holes of golf in his mind. He imagined everything in vivid detail...the country club...the smell of the fresh cut grass...the grip of the clubs...practice his swing many times until he perfected it....Upon returning to the actual golf course, he found that he had shaved 20 strokes off his game! By visualizing a perfect game every day for seven years he literally brought his score down to a 74." (1)

Around the world RFID continues to be piloted in hundreds of retailers. By far the vast majority of the activity is centered in the specialty

soft lines verticals. A handful of major retailers primarily in Europe and North America are post the pilot phase and in full deployment. Retail RFID industry adoption had multiple starts and it is finally coalescing around item level visibility as the foundation to transformational onmichannel retailing. For all the activities and discussions, much more needs to be done to speed up the adoption of this high potential retail technology.

Being a student of successful global business models and motivational wisdom, this week want to highlight my baker's dozen quotes for

"A goal is a dream with a deadline." - Napoleon Hill "Business opportunities are like buses, there's always another one coming." - Richard Branson

The Evolution of Retail on a Shoe String Budget

The Top 10 Trends Driving the Value of Global Brands

For the retail industry, the brand value data projects continued economic recovery especially in the United States and in luxury brands.

Are You Happy? - Harvard Research & The Three Elements

This weekend, while walking with my family through the hills of Thalwil, Switzerland, admiring Lake Zurich below us and in the distance the

snow capped Alps, I started thinking about the topic of happiness. How do you know whether you are really happy? Is it the money? Your health? Your family? Your Career? Your Children? What are the secrets to happiness?

To answer the happiness question and to discover the secrets to a good life, for 70+ years researchers at Harvard University followed 268 men who entered their university starting in 1937.

The Bright Future of Security and IT Convergence

The following image that was published this month on the website DashBurst resurfaced multiple thoughts on convergence as it continues to evolve between traditional security and information systems technologies.