The Bright Future of Security and IT Convergence

The following image that was published this month on the website DashBurst resurfaced multiple thoughts on convergence as it continues to evolve between traditional security and information systems technologies. 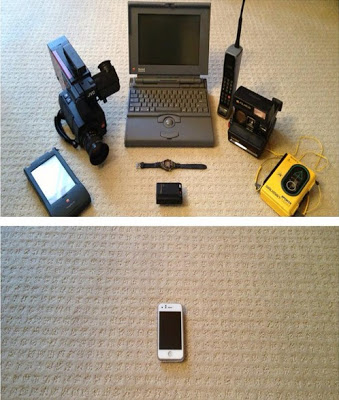 Retail security companies and retail information technology providers have operated in silos for a long time. Yet at very basic levels they share a common history which today is on an accelerated convergence pace.

Take the cash register which was invented by James Ritty following the American Civil War in 1879. Ritty owned a saloon in Dayton, Ohio. Watching his employees taking cash from patrons he began to wonder how they separated what belonged to the business versus what they were potentially stealing for their own profits. Having observed counters on a steamship that kept track of the number of propeller revolutions, with the help of his brother John Ritty, James patented the first cash register in 1883. Its initial main purpose was to stop employees from pilfering profits. John H. Patterson bought the rights to cash register in 1884 and created the National Cash Register (NCR).

The cash register has its roots as a loss prevention solution. Many of the initial sales techniques refined by John H. Patterson and copied by IBM had loss prevention overtones. One of the sales techniques used to sell the cash register was the theft triangle which focused at the balance of risk, opportunity and need / rationalization. The cash register decreased the opportunity to steal by accurately counting transactions and the loud noise (by design) that it made during a transaction increased the risk of getting caught. The same theft triangle selling concepts were later exported to other loss prevention technologies such as Electronic Article Surveillance whose alarm is designed to increase the risk of getting caught.

While the roots for several key IT based retail technologies may have been in loss prevention, the actual industries have for a long time diverged on separate paths. Traditional IT retail systems providers shifted their focus on operational improvement solutions. New loss prevention solutions such as EAS and CCTV emerged to attack retail shrink. For traditional IT retail technology providers shrink reduction was considered only a soft benefit. The opposite was the case for security companies, i.e. shrink reduction was a hard quantifiable benefit.

The historical divergence on where to place the major focus for the Return on Investment (operational improvements versus shrink reduction) is partly cultural. One major reason for the divergence is that from a traditional IT systems company point of view, the elephant in the room is the negative perception that shrink carries as part of the selling process. For IT technology companies, not fully understanding the impact of shrink on retail and perceiving that their customers considered the topic negative, the majority of the ROI focus was on operational improvements.

Hard and soft benefits focused on different pain points of the retail value chain actually slowed the evolution of both traditional IT and loss prevention technologies. Stronger solutions would have emerged had the two sets of technologies converged earlier.

Convergence between physical security and information systems technologies has been underway for a while. Convergent solution examples today include IP video, data analytics for loss prevention, video analytics, and networked EAS.

The above IT based loss prevention technologies are important first steps. Loss prevention technologies that traditionally were catching thieves are now data gathering devices to both reduce shrink and collect store data to improve operations. The next challenge for loss prevention will be to turn all the data collected into actionable intelligence. Combinations of video and data analytics, the emergence of RFID as item level intelligence are a couple of convergent solution sets that hold bright promise for the future.

The brightest opportunity for loss prevention to contribute to the new more connected world is reflected in the image that opened this post. Mobile technology will be the next platform frontier for loss prevention. Imagine the possibilities of a highly connected mobile loss prevention professional utilizing actionable intelligence generated by Big Data to review stores (remotely through IP video in some cases). Convergence is finally driving retail technology back to a bright loss prevention and operational improvement future.