The Internet of Everything Disrupting Retail

Last week had a chance to speak to a large audience at the India Retail Forum in Mumbai. Chairing an industry panel discussion, my 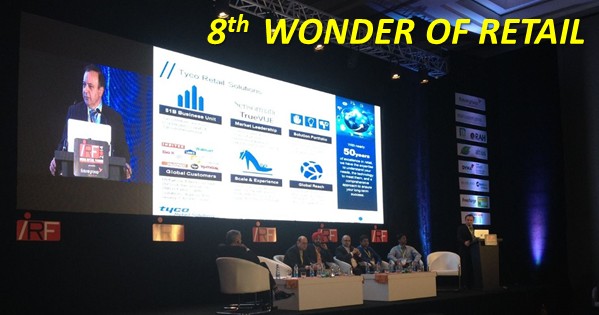 Post World War II, retail has been re-shaped by four megatrends.  Technology has been the driver of retail power shifts through each of four megatrends.  The fourth retail megatrend had its origins in 1992 when IBM released the first smartphone.  It started transforming retail with Apple's smartphone around 2010.

Complementing smartphones are emerging deployments of smaller / smarter store sensors that will lead to customized, higher value, improved shopping experiences.   All four megatrends have been about the availability of data and its effective utilization. The fourth megatrend places retail power in the hands of the consumer.

The Pace of Change is Accelerating

Worldwide mobile broadband adoption will forever change retail and the dramatic expansion of new sensors will lead to an increasingly personalized shopping journey.  By 2017, global mobile broadband connections will reach 5.1 Billion and mobile data volume will reach 11.2 Exabytes per month (66% CAGR). Currently over 12 Billion people, processes, data and things are connected to the Internet.  This number according to Cisco is expected to jump to 50 Billion Internet of Things (IoT) by 2020.

The Digital Retail Shopping Journey is in Full Swing

An increasingly global urbanized connected consumer will be the driver of a disruptive retail future. The explosion of global mobile broadband adoption is underway.  IoT will take a little longer.

In its most recent Hype Cycle of Emerging Technologies, Gartner places the "The Internet of Things" (IoT) at the "Peak of Inflated Expectations". The central theme of this year's emerging technology report is Digital Business.

As Gartner put it, multiple of the "emerging" technologies in latest Hype Cycle will be leveraged by companies transitioning into digital businesses.  For retail and other industries understanding where the "enterprise is on this journey and where you need to go will not only determine the amount of change expected for your enterprise, but also map out which combination of technologies support your progression."

Smart global retailers will shape their own unique future journeys leveraging mobile and IoT sensor technologies to create consumer advocates. Retail disruption will increase and will include a few surprises from emerging markets such as India. More on that in the next post.