The Evolution of Retail on a Shoe String Budget

A couple of weeks ago at a Forrester North America CIO forum, the attendees debated the "CIO's World In 2020" and were asked to vote on the outcomes most likely to occur:

Above evolutionary IT transformation predictions form the background of multiple digital retail trends summarized below:

The future of retail is all about individual customer experiences. The store will be multi-sensored with technologies such as RFID and video analytics collecting shopping behavior metrics. Data mining all that "Big Data" to understand and react faster to customer interactions with retail brands will be the differentiating element. Real time retailing will include consumers interacting with social media support networks and retailers monitoring that traffic and reacting to improve the customer experience. Products will be available in the store, either directly on the shelf or increasingly in virtual customer interaction experiences. Mobile devices will provide direct feedback to the store associate on the most important customers nearby. The same mobile devices will detach today's fixed technology infrastructure and allow direct interaction with the consumer throughout the store. Fulfillment will be directly in the store or through an ever faster onmichannel delivery system (minimum will be the same day).

Current technology trends will make it easier to deliver these new consumer experiences on an increasing accelerating basis. Key will be reading through the above CIO and consumer trends, understanding the fundamental changes underway, and timing new technology investments.

Progressive retailers started loosening their shoestring technology budgets during the last recession and are well underway with their customer centric transformational journey. Those aggressively pursuing technology are now spending 2% to 2.5% of total sales revenue. These retailers see technology as a global differentiator to drive greater intimacy with their target customers. Several are re-inventing retail by going back to the future to an era where the shopkeeper knew their customer by name and provided individualized customer experiences. The market is now global and technology is increasingly making it profitably local. 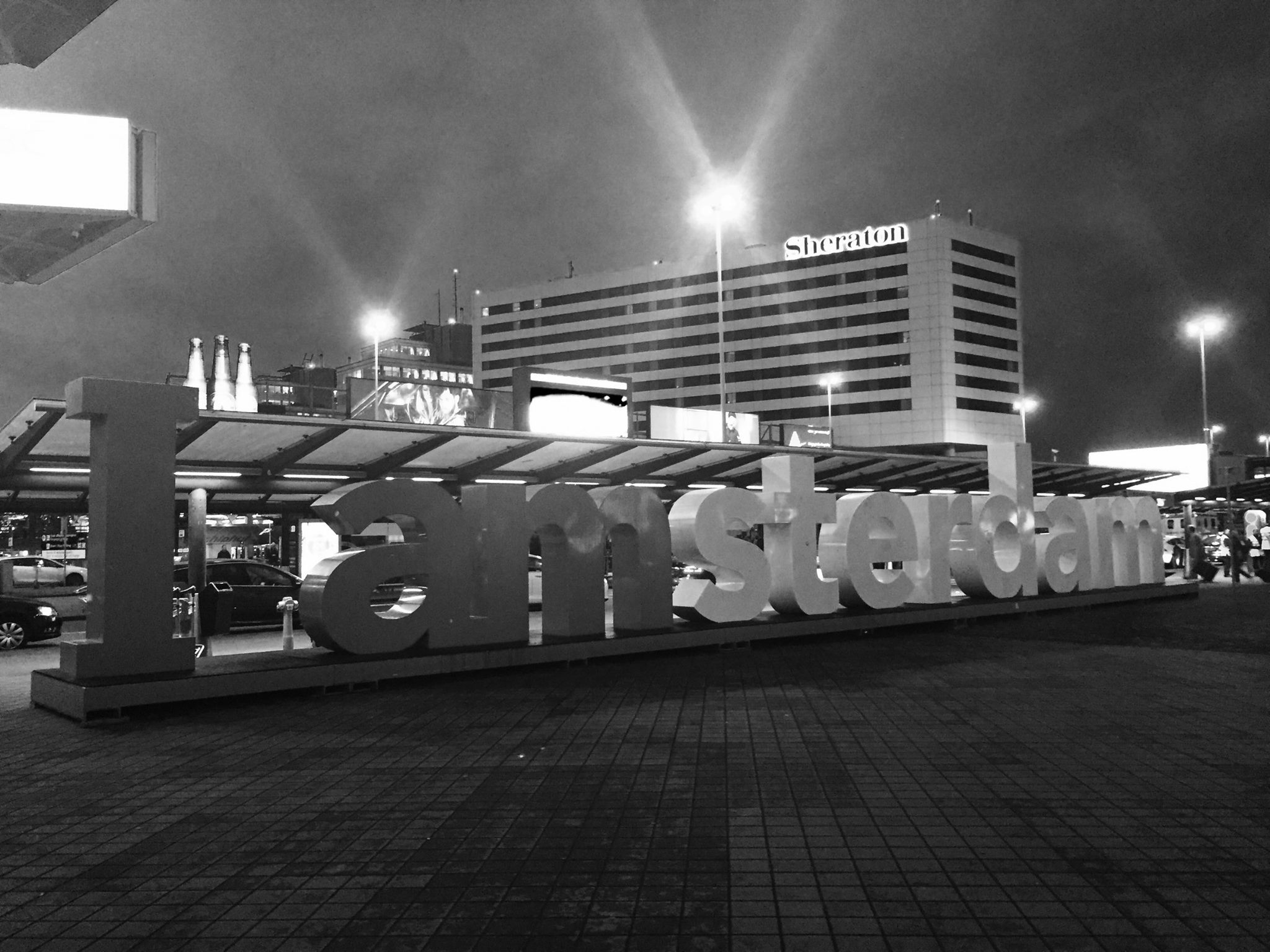 I Am Sterdam at the “Ship’s Hell” International Airport

Continuing our virtual Boeing 747 global tour to some of my favorite or meaningful destinations, for the letter A, our next stop is at Amsterdam Schiphol Airport. The number 3 busiest airport in Europe (Number 12 busiest in the world) lies at the bottom of what was once the Haarmemmer Lake which is an unbelievable over 3 meters (nearly 10 feet) below sea level. The first airplane landed at Schiphol in 1916. Prior to COVID-19, it served over 100 airlines reaching 97 countries. Two hotels are available after security and it’s the only airport in the world that houses a museum. In English schiphol translates as “ship’s hell”. One explanation is that there used to be an inland sea at this location and strong winds caused many ships to sink.

Schiphol is one of my favorite airports in the world with great KLM lounges, full-service cafes, excellent shopping, walking distance to a great Hilton property, and easy efficient transportation into the city. It’s the place where I always stocked up on chocolate for the family on the way to Italy. It’s also the place to buy fresh tulips as I did many times for my lovely Klari when we lived in Switzerland.

Thank you, Delta Airlines, KLM, Swiss, and the many other airlines for the countless flights to and from Amsterdam Schiphol airport. It was the opposite of ship’s hell. We will get through this pandemic and once again realize that it’s a small world after all.

Personal safety moves into the top three purchase drivers. Overall net spend across all categories in the next 6–12 months is 22% lower vs. pre-COVID-19 and spend on non-essential purchases, is expected to drop by 34%. In our first report, net trust across all sectors globally, was stronger than pre-COVID-19 (+3%). Now, net trust has declined to -4%. -from KPMG Read more

A Breakdown of Amazon’s Revenue Model -VisualCapitalist
With a market cap of $1.7 trillion, Amazon is currently the most valuable retailer in the world. The company is expected to account for 4.6% of total U.S. retail sales by the end of 2020—but the tech giant is more than just a one-trick pony. -from VisualCapitalist  Read more