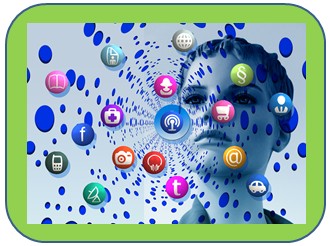 Completing the top 10 list, following are the next five top 10 retail technology predictions for 2015.

The Rebirth of the Physical Store

In 2015, the role of the physical store will continue to evolve as a destination to experience the value of the brand. Much like a performance in a theater, the store itself will be a showcase for consumers to engage and understand the value of their purchase.

Technology will be a key driver of the continued store evolution. A recent study, pointed to the following four areas for transformation:

2015 will see increased disruption in the grocery delivery model.  Four years out of the great recession of 2007-2010, consumers continue to prefer discounted, lower priced products. Dollar stores in the United States and discount food stores across Europe are taking market share from traditional grocery industry leaders.

In the United States, the top 3 dollar store chains opened 1,520 new stores. Traditional and online retailers are partially responding with a greater focus on e-commerce.  From 2013-2018, USA grocery e-commerce revenue will grow 57.4%.  Amazon is testing the AmazonFresh in selected markets and Walmart is testing its own home delivery service.

Recent research indicated that 64% of shoppers used social media to find inspiration for purchases, up from 51% last year. Holiday gift discovery on social sites increased to 76% from 65% the previous year. The combination of mobile and social media will continue to increase their influence on retail shopping in 2015. Sixty-seven percent of shoppers used social media on their mobile devices inside stores, a 24% increase from last year. Technology will increasingly drive a "social shopping" experience.

Have you been hacked?

2014 was the year of the retail data breach. It started with Target in 2013 and continued with Home Depot, Dairy Queen, Goodwill, Staples, and Kmart among others in 2014. Attacks are getting more sophisticated.  A SentinelOne Labs report predicts that Attacks as a Service (AaaS) will proliferate in 2015.

The "Uber" of Retail

The $41 billion valuation for the Uber ride sharing service is sparking multiple companies to test the concept in retail.  Examples include:

The uberfication of retail is just getting started. On-demand retailing is the ultimate strategy to connect with the consumer in a personalized fashion. 2015 will see more Uber retail examples and some will have major business breakthrough.

The top 10 retail technology predictions for 2015 have the tech savvy consumer at the center of the shopping journey.