If I Have Seen Further, it is by Standing on the Shoulders of Giants (*) 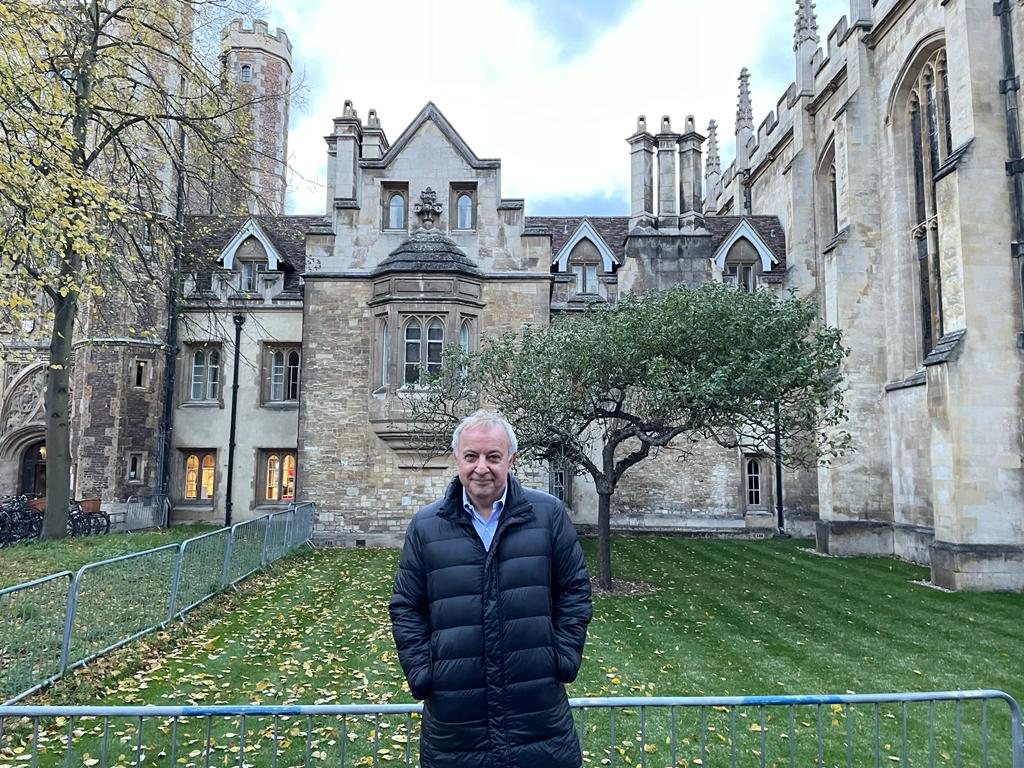 One year ago, I published a video titled “Leadership Skills for the Post COVID-19 ‘New Normal’.” Citing the accomplishments of Isaac Newton, in that video I summarized three leadership skills to ensure post-pandemic success.

During the ‘Great Plague’ of 1665, Newton was forced to self-isolate away from Cambridge in the countryside for over a year. This pandemic induced confinement became his ‘Annus Mirabilis’ or the ‘Year of Wonders’.

A few weeks ago, a year after the video, I had the great pleasure of visiting Cambridge University in the United Kingdom. On a guided tour through the campus, similar inspiring  thoughts arose as a previous article on Florence Italy where I suddenly realized that I was walking the same streets as Leonardo da Vinci, Galileo, and Michelangelo.

In addition to Newton, what are some of the other history luminaries that walked the streets of Cambridge? Why was the pandemic isolation the ‘Year of Wonders’ for Newton? What leadership skills will be critical for post-COVID-19 success?

Walking in the Footsteps of Inspiring Cambridge History

It became very evident in researching the content for this article that the list of historical influencers that attended Cambridge University is very long.  I finally settled on these five individuals.

“A man who dares to waste one hour of time has not discovered the value of life.” – Charles Darwin

In 1828, Darwin attended Cambridge University to study for the priesthood, earning a bachelor degree of arts in 1831. On December 27, 1831, he boarded a ship

named ‘Beagle’ for a trip of reinvention that would last five years. During his travels, “Darwin drew and wrote about what he saw, sent many specimens back to England, and developed ideas and questions about life that existed in the past and how it changed to become the way it is now.” And the rest as they say is natural selection history.

Turing studied mathematics at Cambridge University from 1931-1934, graduating with a first-class honors degree. He returned to academic life at Cambridge a year later following his election as a Fellow at the age of 22. He went on to publish the paper ‘On Computable Numbers’ in 1936, recognized by many as the foundation of modern computer science. His work in cracking the ‘Enigma Code” during World War II along with the other codebreakers may have saved over 14 million lives and shortened the war by two years. Believe it and you will achieve it.

“Intelligence is the ability to adapt to change.” – Stephen Hawking

Professor Hawking came to Cambridge in 1962 as a PhD student and rose to become the Lucasian Professor of Mathematics, a position once held by Isaac Newton.  In his life Hawking, broke new ground on the basic laws which govern the universe, including the revelation that black holes have a temperature and produce radiation. “He also sought to explain many of these complex scientific ideas to a wider audience through popular books, most notably his best seller A Brief History of Time.” Even disabilities should not stop you from embracing change.

“Come grow old with me. The best is yet to be.” – William Wordsworth

Wordsworth had little enthusiasm for the mathematical curriculum offered at Cambridge and chose to apply his time to general reading and the study of Italian.  Wordsworth is remembered “as a poet concerned with the human relationship to nature and a fierce advocate of using vocabulary and speech patterns of common people in poetry.” Age brings wisdom. Action on your passions brings success.

“What goes up must come down.” – Isaac Newton

In that year plus of pandemic induced isolation, Newton worked obsessively to further his understanding of light, obtaining a prism. He theorized that everything in existence is attracted to everything else, and this attraction, the force of gravity, ties the universe together. By the end of 1666 he also invented calculus. Even during a pandemic, time is your most valuable asset. Be the positive example for the apple does not fall far from the tree.

In my video a year ago, I summarized three simple, yet very powerful, leadership focused skills that will dramatically increase your value as we emerge out of the pandemic:

As Darwin said, do not waste time. Imagine the possibilities (Turing).  Make adapting to change your best friend (Hawking).  We all get old and the best can and should be ahead for you (Wordsworth). Moment of pain are temporary for what goes up must come down (Newton).

In the spring of 1667, as the deadly plague abated, Newton returned to Cambridge with all that critical thinking now part of his pandemic induced isolation life. Six months later, he was elected a Minor Fellow and two years later at the very young age of 26, he was appointed as the second prestigious Lucasian Professor.

Thank you, Cambridge University for the reminder that all of us can walk and stand on the shoulders of giants. To create your own transformational ‘Year of Wonders’, now is the time to innovate, continuously learn, and communicate your leadership skills to life-changing success.