The Number One Disruptive Technology of the Last Decade

Retail Future Can You Hear Me Now

Welcome to the continued age of digital transformation. The contenders for being the number one innovation disruptor of the last decade includes the explosion of e-commerce, the growth of cloud services, 3.5 billion people using social media, the mobile internet with 61% of the global population connected, over 9 billion Internet-of-Things (IoT) connected devices, ever efficient lithium ion batteries. the expansion of biometrics such as facial recognition, billions of RFID labels in use especially in retail apparel, and voice platforms such as Alexa coming into our homes.

The number one disruptive technology of the last decade was the smartphone. Technically, Apple kicked-off the successful launch of this solution in the prior decade (2007), but few could have foreseen the consequential impact in the 2010s.

Augmenting the recent "Perfect 2020 Mobile Vision Future of Retail" post, this article summarizes the chain-reaction smartphone elements underway in the new retail decade. As a recent 'Retail 2030' report pointed out, in the 2020s we are in unchartered territory.

"As consumers delegate tedious and transactional shopping to bots and virtual assistants, choice will be firmly in the domain of the algorithm, with minimal consumer intervention. When bots do the buying, the connection between retailers and their consumers, and the ability to influence them, will be broken. Appealing to a bot will be unchartered territory involving new skills, techniques and platforms." 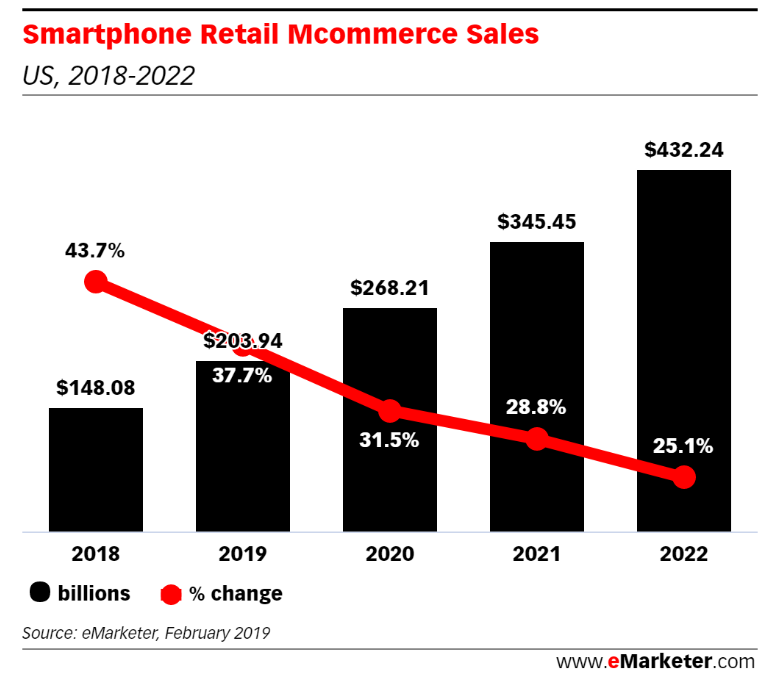 The average annual spend per smartphone shopper in 2019 was $1,763. As you would expect, young shoppers have a much higher mobile purchasing rate. Sixty-one percent of USA internet users ages 18 to 34 purchased a product or service through a mobile app. This compares to 51% for those aged 35-54 and 40% for those 55+ years old.

A major challenge today is that consumers are digitally empowered through smartphones to make instant decisions prior and during their shopping journey. They are also much more demanding in the questions they would like technology to answer. 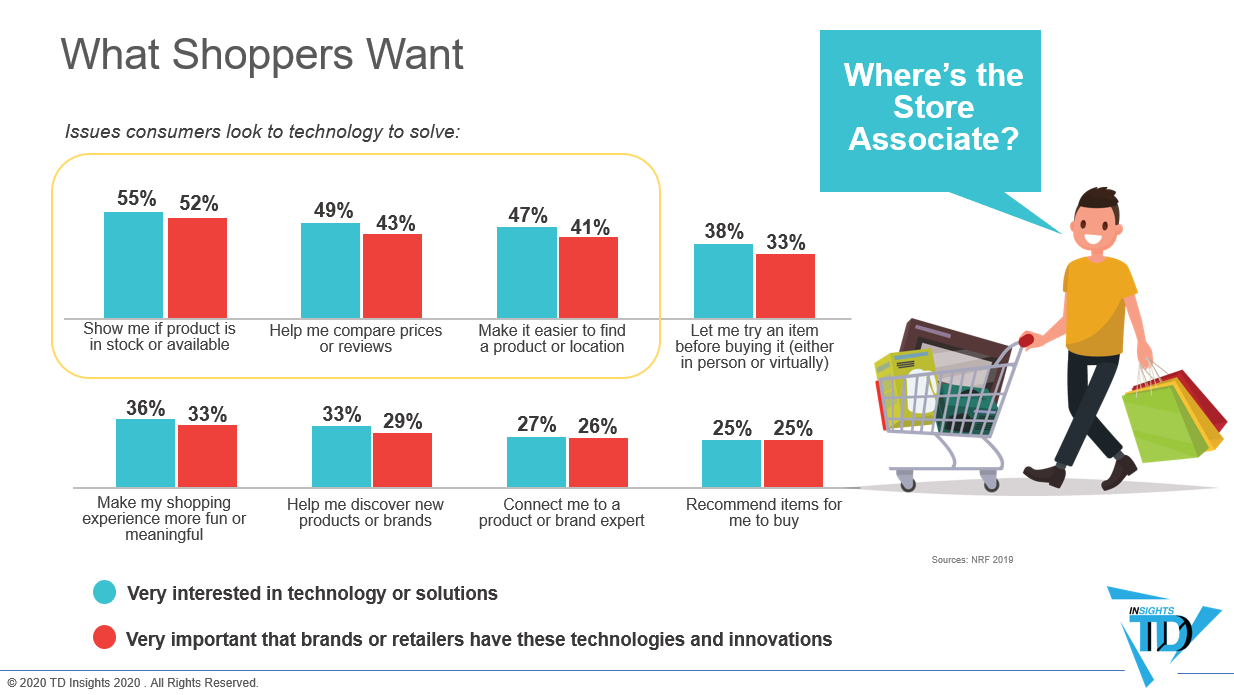 Nearly half of consumers use their phones to look for discounts or coupons every time they are in a store. Just over a third look up product information. Approximately 25% user their digital wallet to pay and nearly 17% use their smartphones to complete a mobile order-ahead purchase. These trends will accelerate in the new decade of increased retail digital services.

The magic of shopping is when both store associates and consumers are strong advocates and ultimately become brand ambassadors. The increased digital conversation through devices such as smartphones are now a requirement to closing the shopping knowledge gap.

Smartphones are a major opportunity for retailers to continuously grow and expand their brand value through global digital initiatives. By 2025, five billion people will be mobile internet users. All regions will experience substantial penetration of smartphone devices.

The digital retail laboratory for the future of retail today is China. By 2025, China will have 1,458 million smartphone connections. USA will drop to number four after India and Indonesia.

Mobile shopping has expanded rapidly in China and is reaching a stunningly 700 million people.

The biggest shopping day of the year is China's Singles' Day on November 11. Over the 24 hours of the 2019 edition, Alibaba recorded $38.4 billion in gross sales. An amazing 90% of that volume was through smartphones.

The pace of digital retail innovation in China will increase with the introduction of 5G. Over the coming months China Mobile has announced that 10+ brands will release more than 100 5G smartphone models. By 2025, a 500 million to 600 million 5G subscribers will give brands significant potential for disruptive new retail models.

The 2010s was the setup decade. Before the bots take over, the smartphone is the epicenter of the 2020s' unchartered retail growth. At the crossroads of new digital mobile technology platforms and next-generation brand ambassador consumers, continuously expanding 'retail renaissance' opportunities will emerge.

Your turn, what do you consider the Number 1 disruptive technology of the last decade and why?