RFID: Are we There Yet?

The current pace of RFID retail expansion and its historical roots sometimes reminds me of that age old question that an innocent child always asks on that long car trip - Are we there yet?

Contemplating that question led to the selection of the following as my favorite post from this past week:

So, are we there yet? From closely tracking four global retail companies and their expanding item level RFID deployments, the answer is that we are finally getting closer to our destination.

Historically, RFID has had some challenges with multiple false starts in supply chain and consumer goods. Today RFID seems to have finally found its "sweet spot" in several retail verticals. To reach Gartner's Hype Cycle Scope of Enlightenment, both retailers and technology companies should keep in mind the following key concepts / trends:

In above, we discussed the readiness of Western retail markets in adopting technologies such as RFID. In the Financial Times (Aug. 23, 2012) this past week, an industry analyst from PWC pointed out that the hypermarket store concept in Europe has had a good 50 year run, but in emerging markets this format will be lucky to make it to 10 years. This statement is another reminder of the accelerating pace of retail change. Technologies such as RFID that drive item level intelligence are critical to both understanding and profitably serving consumers in western stores today, and very soon at the global level.

More on RFID in future posts, but for now "Carpe Diem". 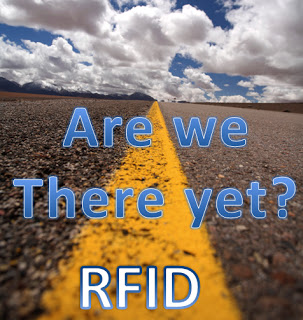