NRF 2018: Three "Below the Surface" Trends Defining the Future of Retail 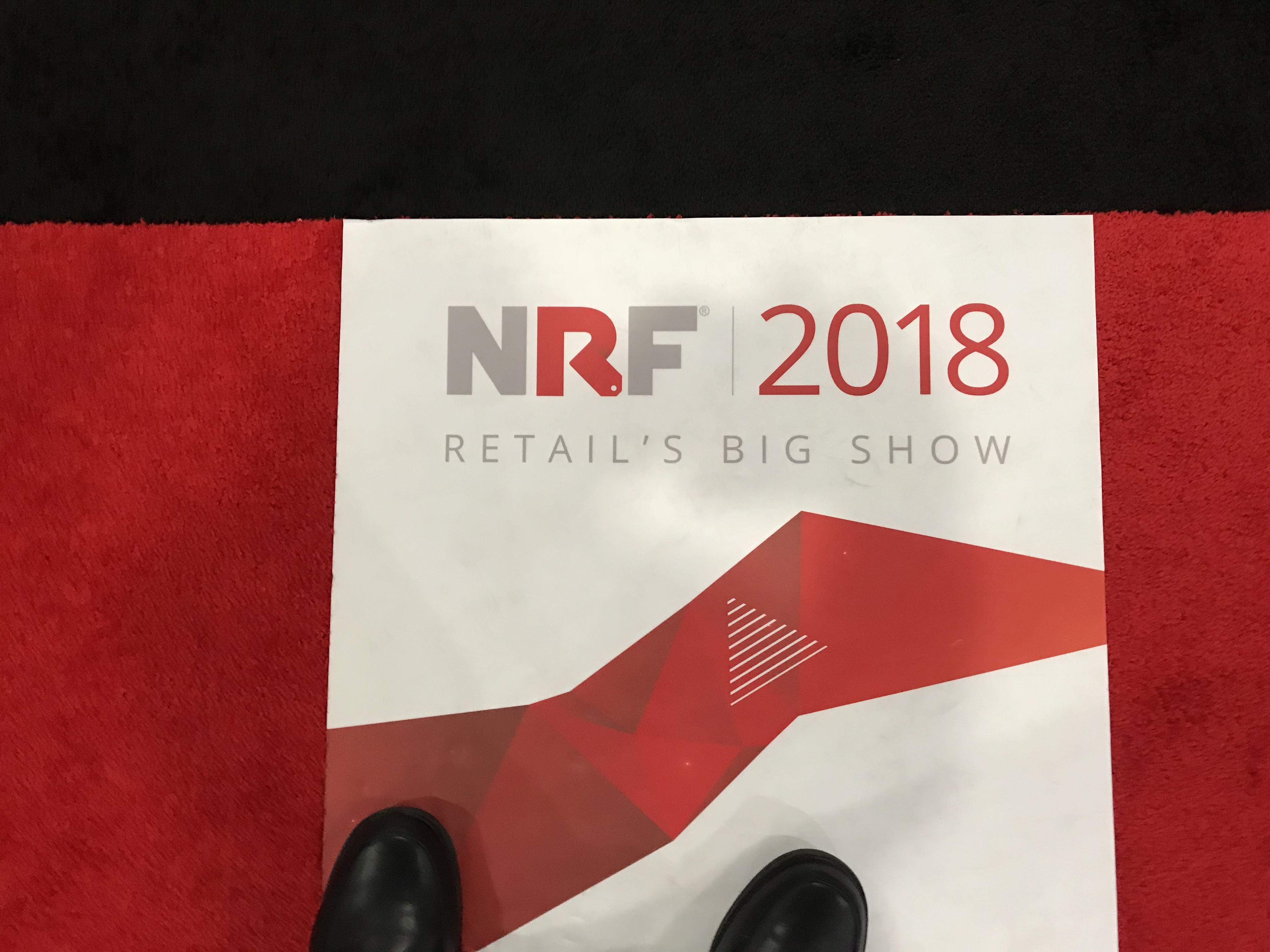 This week finds me in Asia with stops in Shanghai, Bangkok, Hong Kong, and Tokyo. On many levels, Asia is the "below the surface" retail innovation laboratory.

In the "Retailing 2020" post I proposed that you "Look to China where 500 million people are already shopping on mobile phones to understand the future of retail. Digitally driven ultra-convenience, spontaneity, and social shopping trends are transforming all Chinese retail sectors including grocery." During this trip I had the opportunity to visit the Alibaba digital / physical hybrid Hema Supermarket in Shanghai.

Building on the "NRF 2018: The Ten Quick Transformational Retail Trends", as promised here are my three below the surface trends of the New York Big Show that define the future of retail.

What a Visually Amazing Story You are Spinning

Still underplayed, but it is becoming the key data source to drive the future of retail is the simple technology of video. This technology had in interesting retail start. 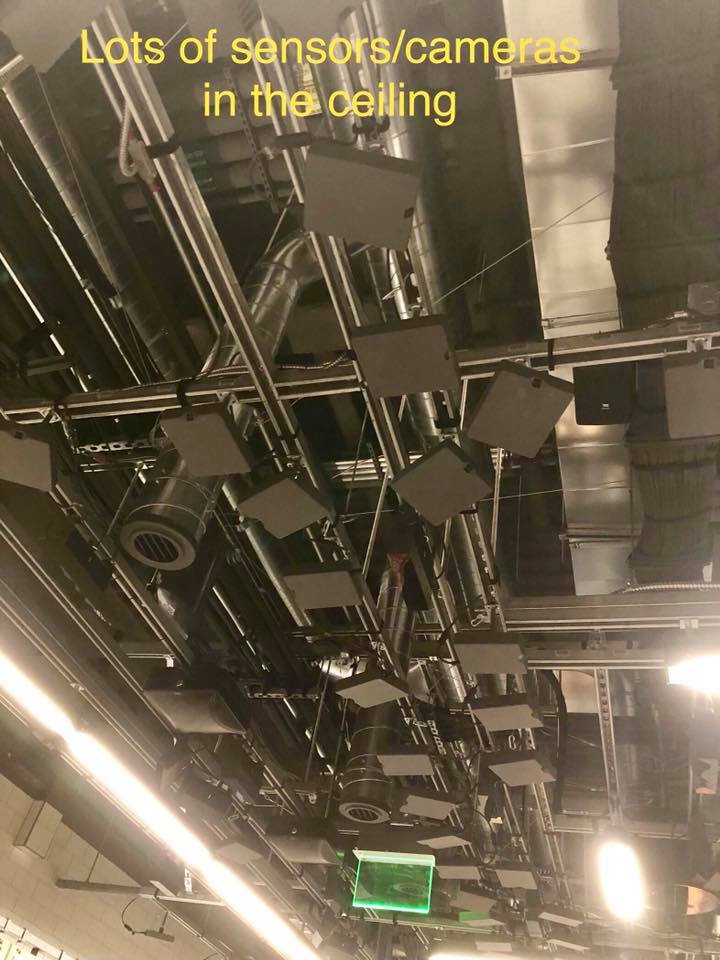 Michael Arnold, the owner of the Allband Cable Television Company sat in an Olean New York Exchange club meeting in September 1968.  The local Sears store manager complained that the company had ordered him to buy a guard dog for the store as deterrence to the multi-breakings that had taken place. Arnold recommended video outside the store on utility poles to deter against crime. The idea was a big hit, 1.4 million 1968 dollars later when eight cameras were installed.

As showcased by the growing number of store intelligence applications on the NRF 2018 show floor, video cameras are becoming the ever hungry data capture devices.

To understand its future impact, visit the now opened Amazon Go autonomous store in Seattle, look up, and wonder on the potential possibilities ahead (see image from the store).

As of 2016, there are 350 million surveillance cameras installed worldwide with 65% of these devices in Asia. NRF 2018 was a microcosm of the Big Data feeding engine that video will become in the not too distant future.

Video will be the critical technology driving the next two "below the surface" trends in this post.

The days of simple mass consumerism are numbered. A connected shopper will be presented an increased number of choices and personalization will be the key strategy for branding success.

Retailers have correctly recognized the need to prioritize investment towards personalization as reflected in the latest IHL/RIS Store Experience Study published during NRF 2018. 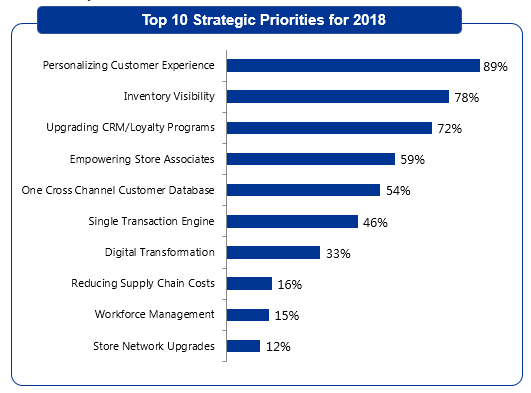 At this years' big show, I did not see enough personalization solutions to aggressively respond to the more demanding connected consumers. Branding and personalized customer experiences are the future of retail and this area needs a lot more near term focus.

Retail, I Am Ready for a Close Up

If you want to understand this third "below the surface" trend, simply follow the media creation exploits of Amazon, Netflix, and Disney.  Netflix and Disney are in almost a death race in their quest to own original digital content. Amazon is not far behind.

It is inevitable that the need to create viral digital content will spill further into retail. Shopping is entertainment. Entertainment is great story telling that builds brand loyalty.

Emerging technologies some of which again were discussed in the same IHL/RIS study will accelerate this trend. 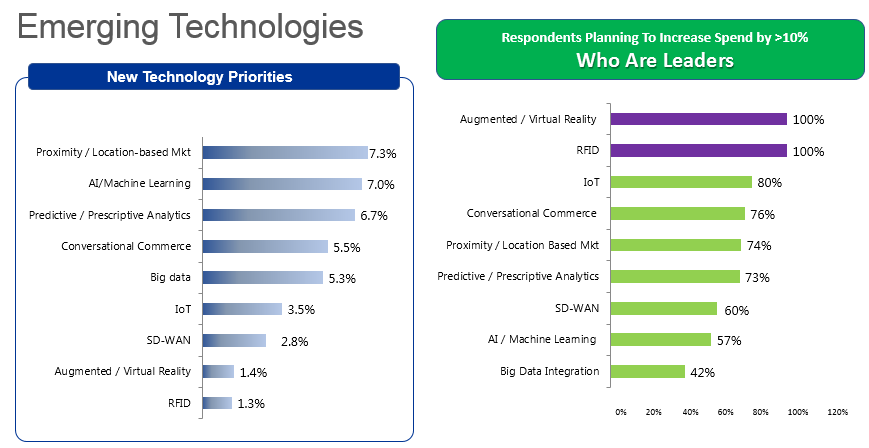 Multiple of the above technologies will make it possible for retailers to deliver extra ordinary viral stories that will build strong brands. At the center of the strategy will be the brand itself and high doses of creativity to engage consumers on the shopping journey.

Pay close attention to the second bar chart above on the focus of retail industry leaders. If like me, you were lucky enough to attend 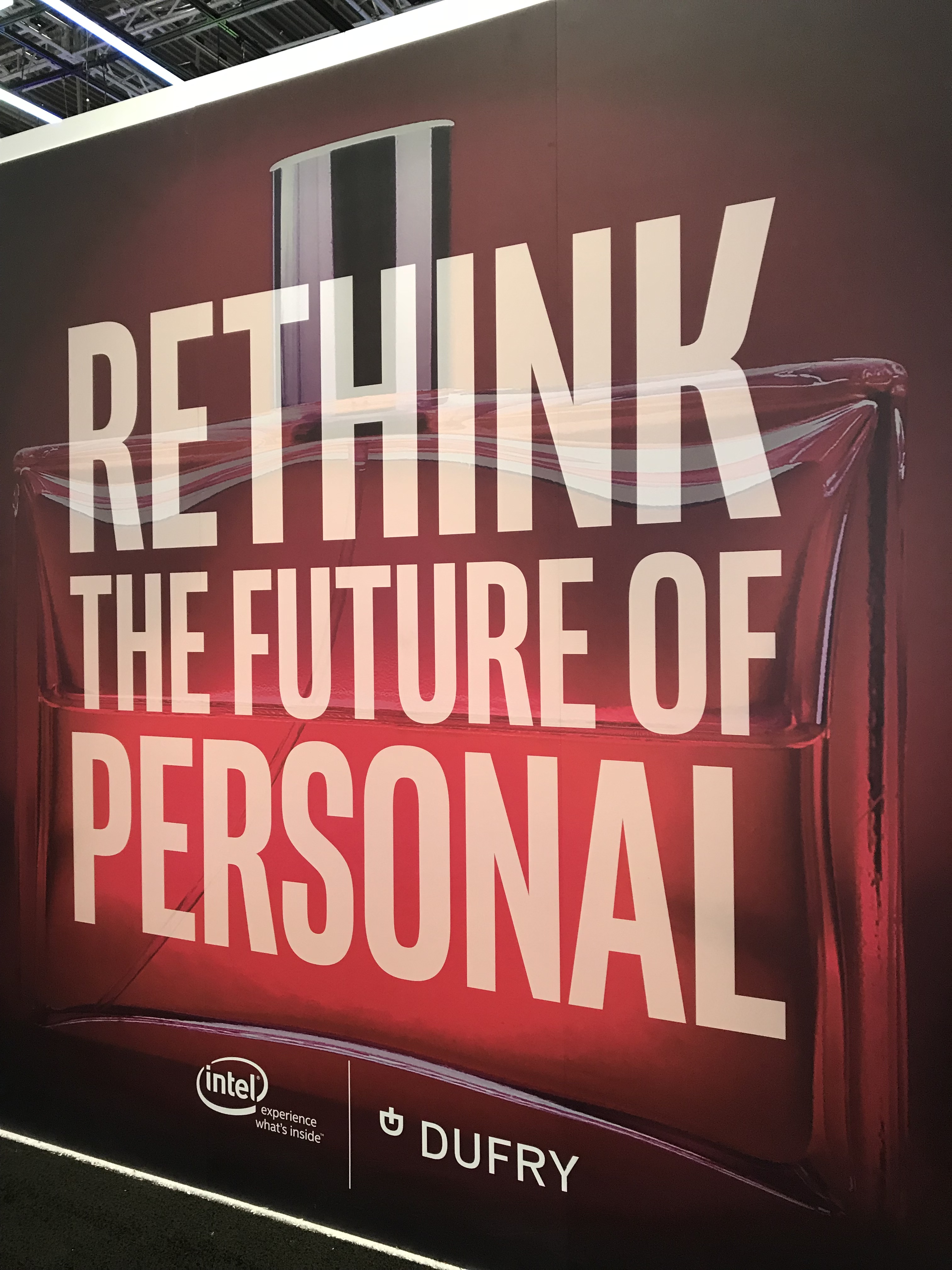 Retail ROI Super Saturday, this chart which does not appear in the final report has the keys to success. AR and VR are all about creating immersive engagement. RFID is a technology that allows consumer products to come to life and engage individually with consumers.

Video, personalization, and emerging technologies will transform the retail industry to new levels. Look "below the surface" and leverage these trends in defining your successful future of retail.