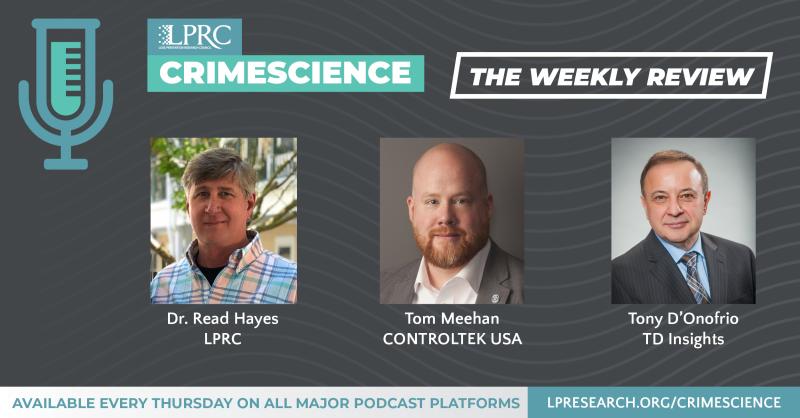 The World Behind Bars

NRF just published a list of ten USA brands that were founded ten years ago in 2011 and provided some insights on why they succeeded. Sharing this as these companies have lessons for all other retailers.

Making NRF’s list of 10 companies and their key strategies are:

The common characteristics that allowed these 10 companies to survive 10 years, according to NRF are: They were not afraid to be the David’s against the big Goliath companies; They focused on digital and direct to consumer; They also added physical stores to reduce cost; they are highly focused on their business model; they leverage social media; they intensively use data to serve their customers; and they target high frequency purchases.

The Impact of the Delta Variant on Consumer Shopping Trends

A year into the pandemic, and just as vaccines were rolling out in March, we (Retail Brew) wanted to know how people’s shopping habits changed and what would stick in the After Times. For one, most Americans we surveyed with Harris Poll said they would prefer to shop in person.

Now, with the rise of the Delta variant, we wanted to see if the optimism is still there. So, we (Retail Brew) teamed up with Harris Poll again to run an exclusive, representative survey of 2,046 US adults.

Brick and mortar’s comeback has been sustained, and is projected to increase whenever the pandemic wanes: 71% of Americans shop in person at least once a week. That figure was 70% when we asked in March.

We all remember the great toilet paper craze of 2020. Well, it seems consumers are still stockpiling the essentials, albeit to a lesser extent.

Three out of four Americans reported stockpiling toilet paper at the outset of the pandemic, and the figure was still as high as 69% last month. Slightly more respondents (63%) said they stockpiled water last month, compared with the beginning of the pandemic (61%).

Is the price right? Nearly half of Americans (47%) say they are much or somewhat more sensitive to prices because of the pandemic.

The summary from this this week is that USA continues to have very high levels of incarceration. It’s always a good time to launch a new retailer and the top 10 from NRF this week confirms that there is lots of innovation still taking place in the industry. Winners start with good ideas. Consumer changes continue because of the pandemic, but physical stores are back and they will continue to be a very important component of the retail success mix.

Walking in the Historical Footsteps of Amazing Life Changing Possibilities

Continuing our virtual educational tour, our next stop is Florence, Italy. The legions of Julius Caesar founded the village in 59BC and named it Florentia. It’s where you will find the gold-filled Ponte Vecchio which survived World War II intact because Hitler decided it was too beautiful to destroy.

Florence is the birthplace of the piano and of opera. A great landmark is the Duomo which took 140 years to build. Did not know that the world’s most famous nurse, Florence Nightingale was born in Florence in 1820.

The city was home to some very famous “Paisanos” including Leonardo da Vinci, Donatello, Michelangelo (sculpted David – this picture), Dante Alighieri, Galileo Galilei, Niccolo Machiavelli, Giovanni Boccaccio, Amerigo Vespucci (America was named after him), and of course, the noble Medici family that ruled the city for 350 years.

Need more. It’s the home of Pinocchio and where the first version of rugby was played.

Florence is one of my family’s favorite cities in the world and we have walked its streets many times. It’s a place where endless curiosity can lead to amazing adventures that remind you what is the secret to success.

Retail Statistics 2021: the 100 Most Insightful Stats You Shouldn’t Ignore

Around 85% of Americans have said that Covid-19 impacted their shopping habits in some way, including reduced overall spending, increased online shopping, and increased use of delivery services.  Read more

How Businesses are Holding Conversations with Customers
By forcing both businesses and customers to embrace digital technologies, the pandemic completely transformed consumer behaviour and expectations.  But are businesses keeping pace, and are consumers satisfied? -from Raconteur Read more

iOS 15: Top 10 Tips for Apple’s New iPhone Software Update | WSJ
Apple’s iOS 15 is full of new features and tools—if you can find them. WSJ’s Joanna Stern shows you how to use the new FaceTime tricks, Focus Mode, Live Text, weather alerts and so much more. Read more