Walmart and The Post Covid-19 Future of Retail RFID 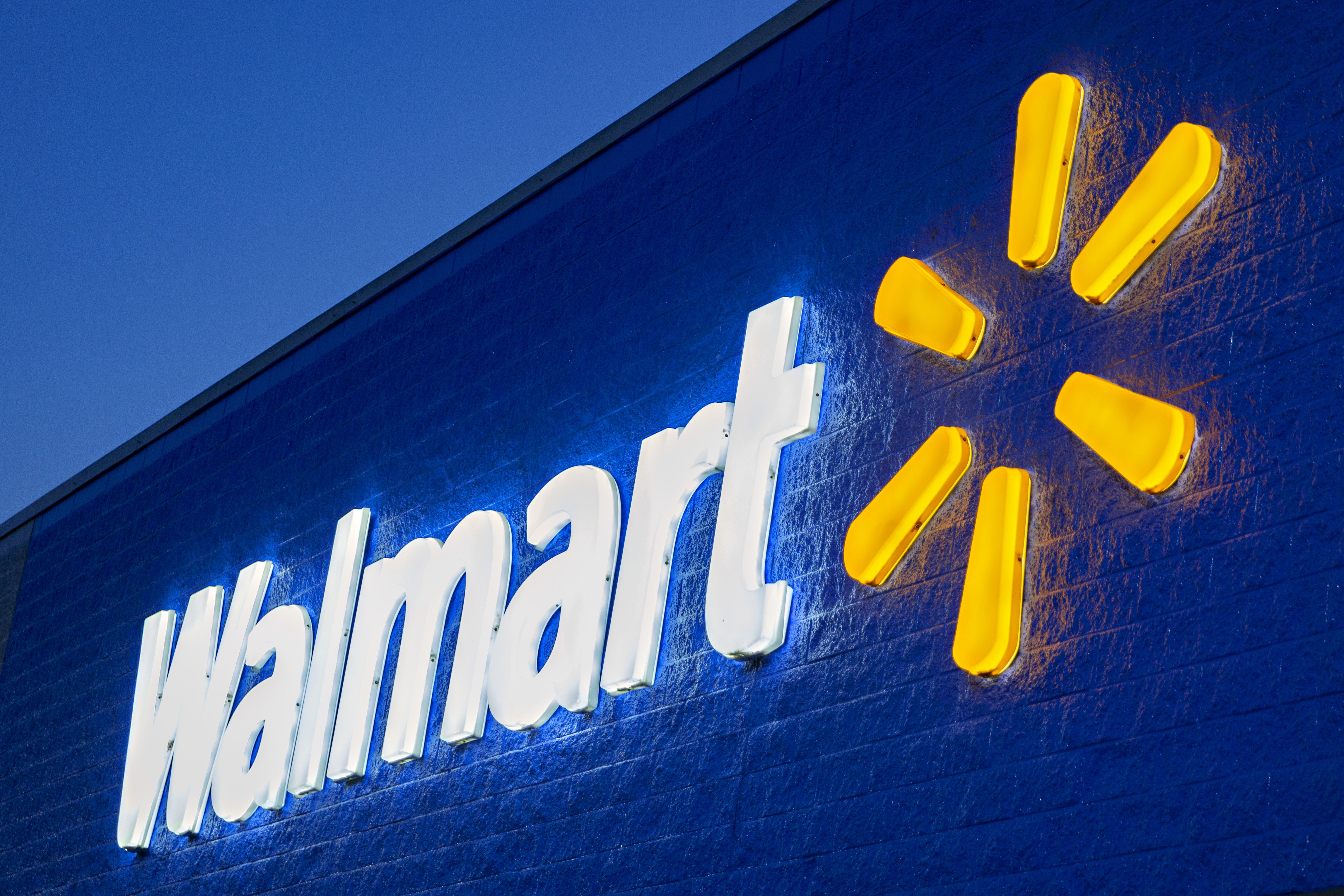 In my last RFID article titled "Nike and the Retail Industry Adoption Outlook for RFID", I concluded that omnichannel inventory visibility and immersive consumer experiences are extremely critical for a connected consumer that can instantly choose alternatives. Paraphrasing their CEO, Nike's adoption of RFID was ultimately putting the company in a position to serve customers in a way that gets them the product that they need when they want it and where they want it. Their approach reminded me of the lessons learned from being directly immersed in the Inditex (*) deployment of this Internet-of-Things (IoT) technology, years earlier.

Welcome to 2020, a surreal year that actually had a strong start for both RFID and the retail industry. In January, a stock market analyst announced that Walmart was launching an apparel RFID item-level tagging program later in the year.

In the first two months of this year, the USA retail industry grew +6.2%, and except for department stores, all sectors had strong positive growth.  Grocery, convenience, mass merchandisers / warehouse clubs, and restaurants registered 5%+ growth. Even laggard apparel grew 3.8%.

Then COVID-19 arrived with its substantial headwinds especially for those retailers classified as non-essential. Through June 2020, in the two sectors that near term are most important to RFID --department stores & specialty soft goods-- retail sales are down -19.5% and -39.3% respectively. According to the IHL Group, both of these sectors will not recover to 2019 levels until 2023 at best.

How did we end 2019 in RFID adoption? What's the impact of COVID-19? What is the future of retail RFID in a post pandemic world?

RFID was on a Retail Roll

The Walmart's announcement on restarting RFID activities and below chart on the growth of apparel tagging inspired this article. 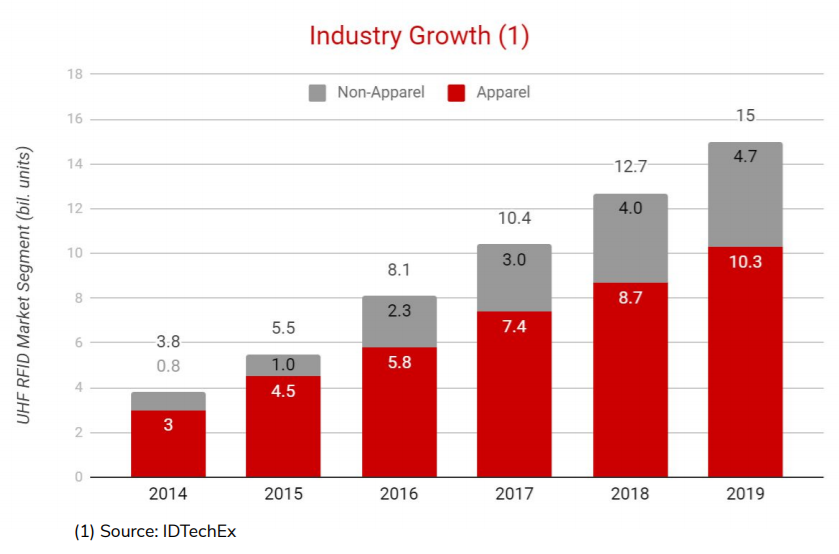 Above reflects consistent unit growth year-on-year from expanding retailer RFID programs. Separately Statista research projected that the retail industry would become the largest RFID market by revenue by 2025. To put it succinctly, pre-pandemic RFID was on a retail growth roll.

The perfect vision year is bringing truth to all the previous hype of a 'retail apocalypse'. 2020 YTD 21 USA private and public retailers have filed for Chapter 11, double the number from same time last year. In total for 2019, 20 retailers filed for bankruptcy.

Note the substantial presence of apparel and department stores retailers on below running list. 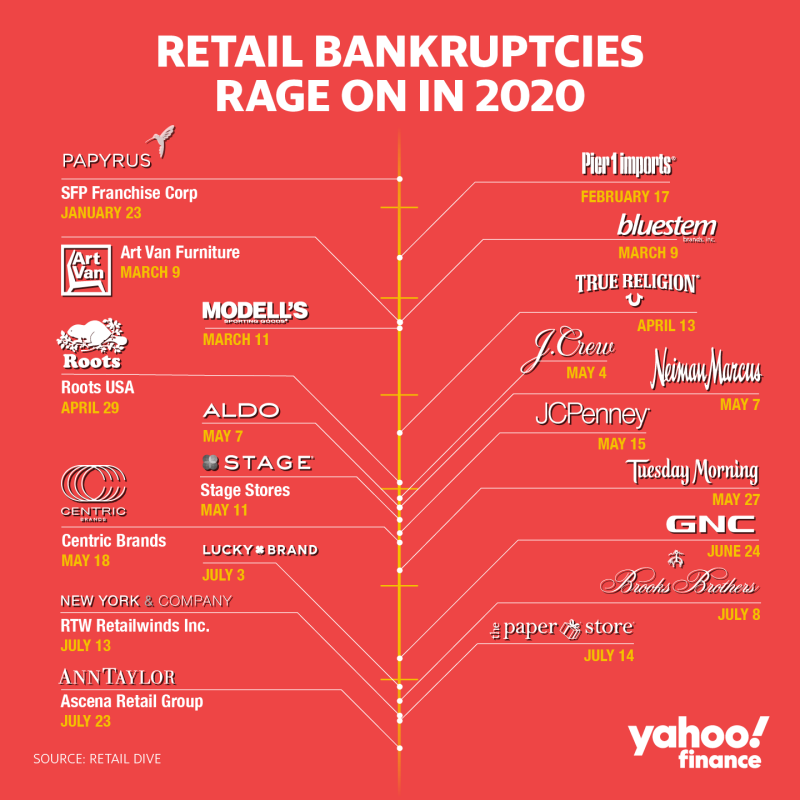 For multiple of these retailers the pain is self-inflicted. As Robin Lewis points out, apparel in general has become a commodity. Lacking differentiation, it is a continuous promotional pricing race to the bottom. Too many chains in that boring middle that are no longer offering a compelling experiential destination.

RFID's importance was increasing pre-pandemic as demonstrated by this IHL Group chart from January 2020. 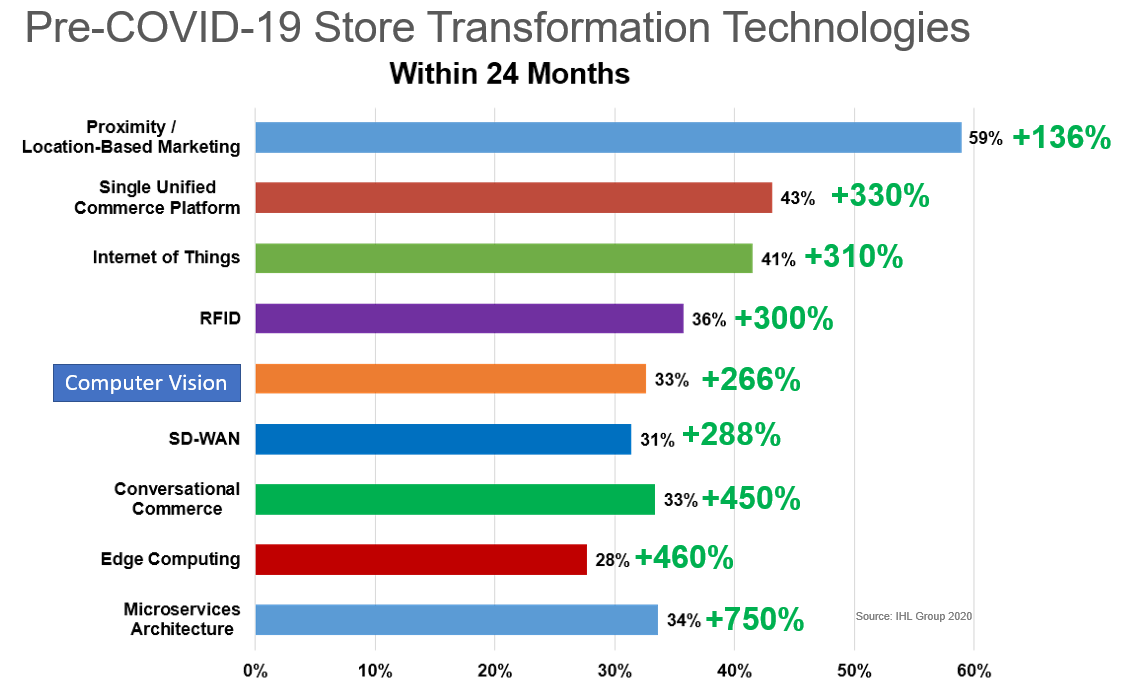 The green percentages are two-year growth. While substantial research is underway in developing RFID solutions for hard goods, computer vision is fast becoming a viable substitute for this sector.

Store closures are on record pace, especially in soft goods & department stores sectors, but depending on the timing of the Walmart USA rollout of the technology, usage of apparel labels may actually end up increasing. According to RFID Sherpas, Walmart is expected to consume 3+ billion RFID tags per year.

Retail use cases are also increasing with promising solutions in areas such as loss prevention. Transformational innovation is not only possible, but required, leveraging RFID and other emerging tracking technologies.

RFID is a core technology to frictionless retail whose importance has increased dramatically because of COVID-19. Ninety-six percent of retailers moving to frictionless are deploying RFID at much higher rates than average retailers.

The pandemic has exposed the challenges of managing inventory effectively across harmonized retail channels. Inventory distortion is a major retail industry problem that RFID can partially address. 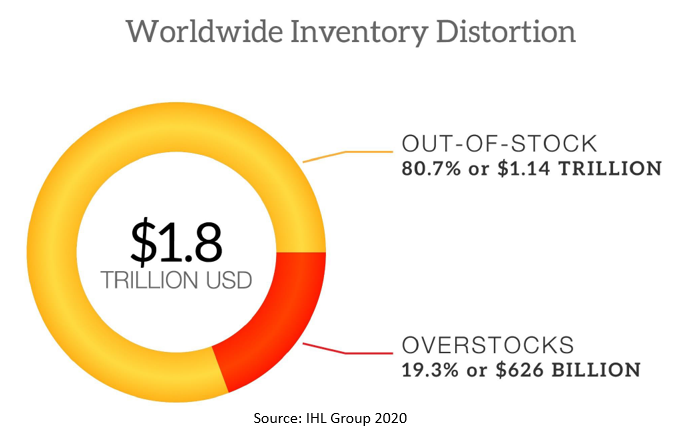 COVID-19 has become a brutal accelerator of digital transformation trends that were already underway. Retailers such as Zara which were ahead of the curve and as I know today are continuously innovating their consumer engagement journeys will emerge stronger from this crisis.

Omnichannel inventory visibility, branding, and immersive consumer experiences are the pandemic accelerated future of retail. Ultimately, it is not about a specific technology. It is as it always was, the right product at the right place, at the right time, today at a much quicker digitally influenced pace.

(*) Headquartered in Spain, Inditex which owns the Zara brand has over 7,000 primarily apparel stores in 202 global markets. Inditex announced publicly their adoption of RFID in July 2014, after they had already installed it in over 700 Zara stores. The company recently announced a re-balancing of its physical stores and  €1 billion Euros ($1.13 billion) in digital investments over the next three years.