To promote excursions and products from the country, the India Ministry of Tourism has been running a marketing campaign with the brand line "Incredible India." My favorite post this past week was a reminder that this same tag line "Incredible India"can be applied to the nascent modern organized India retail industry.

Words that come to mind when describing India include expansive, chaotic, exciting, multi-cultural, traditional, challenging, optimistic, a top 5 country that will drive future global retail growth. The underlying trends leading to the changes in foreign direct investment regulations discussed in the above news headline post include (*):

There are multiple challenges that global retailers need to overcome in growing successful business ventures in India:

Having said all this, it is no longer a question of whether India is on the same road already being traveled by China of aggressively moving towards organized retail models. The reason for the central government reopening FDI now is very simple. The India economy was slowing down and the government understood they needed to encourage foreign direct investment. Global retailers that will succeed in India are actually already working in the country on building the foundations for future growth. The winners will be those than clearly understand the cultural challenges of this very diverse fast growing country, operationalize the challenges outlined above in their growth strategy, and set a measured pace to grow starting from the Tier 1 cities. 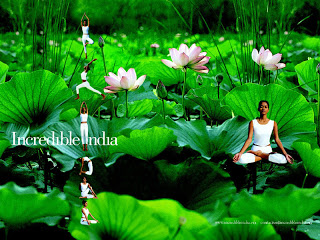 The Race Into The Golden Age of Frictionless Retail -IHLGroup

The spread of the COVID-19 will only serve to speed the development and roll-out of various pieces of frictionless retail, including contact-less pickup and delivery. The bottom line is there is great future around the concept of  frictionless retail. But it will be a crawl and walk before you run experience for any retailer who wishes to move forward. -from ihlservices.com Read more

What Happens To Unspent Gift Cards? -CNBC
The plastic cash substitute has been the most popular holiday item on shoppers’ lists for 13 years in a row, as of 2007. -from CNBC Read more